Blurring the line between Digital and Print Marketing

26 May Blurring the line between Digital and Print Marketing

Posted at 09:17h in Print for Marketers, Printbrain, Technology in Print by Webmart
0 Likes
Share

We’ve reported on the blurring of the line between digital and print marketing many times in the past and we’re always interested in any multi-channel developments, especially when they contribute to marketing ROI reporting.

As part of the launch of the new film, X-Men First Class, some of their outdoor poster advertisements have been equipped with a new Near Field Communication (NFC) chip. This chip can trigger an NFC-equipped mobile device to take a user to a particular website or other piece of online digital content using the device’s 3G network.

How it works
The user brings their NFC-equipped phone/device within 4 centimetres of a poster, which triggers an interaction that’s pre-defined by the advertiser. In this case, where the adverts are being displayed on bus shelters, the user can ‘scan’ the poster and will then be taken to a movie trailer hosted on YouTube.

The uptake and effectiveness of this mechanism is dependent on a wide variety of factors. 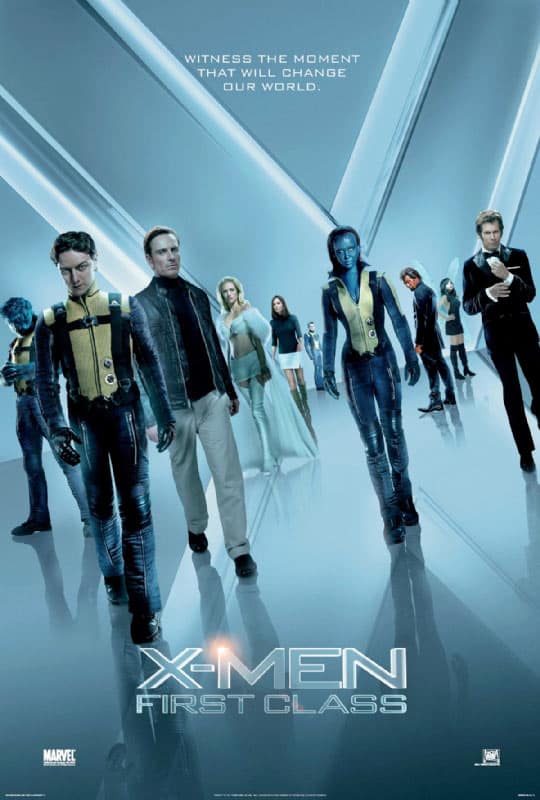 X-men first class is scheduled for a June 1 release.

Will it catch on?
The customer has to be incentivised to interact with the advertisement. In this particular campaign, they’ll be taken to a website where they get a sneak-preview of the movie trailer – which the advertisers are presumably hoping is enough of an incentive to encourage X-Men and movie buffs (and NFC device early-adopters) to actively seek out the posters.

It also depends on how popular NFC-equipped mobiles become and how quickly they’re released. There’s a few scheduled for launch in the coming months and Japan already has plenty on the market, which may or may not foretell it’s adoption over here.

It’s also dependent on how simple it becomes to interact with NFC-enabled adverts. QR codes rely on applications being installed and the user knowing how to use them. If NFC chips can resolve this (and not be too intrusive at the same time), they might catch on more quickly.

And finally, the cost of including NFC chips into advertising sites needs to be borne by someone; although presumably the advertising site owners will be happy to provide this service as part of their offering, so maybe that won’t be a problem.

And when you convert offline to online traffic, you can of course measure it and report on it. Which makes marketers and marketing procurement happy.

It’s an interesting development in its infancy, but worth watching as it may well  herald of a new level of mobile interaction with printed products and another reason why print marketing is becoming more popular once again.

This website uses cookies to improve your experience while you navigate through the website. Out of these, the cookies that are categorized as necessary are stored on your browser as they are essential for the working of basic functionalities of the website. We also use third-party cookies that help us analyze and understand how you use this website. These cookies will be stored in your browser only with your consent. You also have the option to opt-out of these cookies. But opting out of some of these cookies may affect your browsing experience.
Necessary Always Enabled

Any cookies that may not be particularly necessary for the website to function and is used specifically to collect user personal data via analytics, ads, other embedded contents are termed as non-necessary cookies. It is mandatory to procure user consent prior to running these cookies on your website.